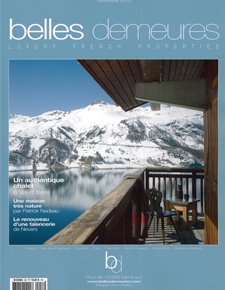 A hotel like no other has just opened between the Grand Boulevards and the Marais in Paris. In that area close to the legendary Grand Rex Theatre, 123 Sebastopol is dedicated to cinema, films and artists that took part in making the Seventh Art what it is today.

A single step into the main entrance (1, 2 & 3) will set the tone as the entire place is dedicated to cinema. Under the glass roof is an actual film set with natural light reflecting on mirror tables with adjustable camera-stand like legs, the bar is embellished with furniture and items from a shooting set or a theatre.

Philippe Maidenberg also designed the famous “Director” chair as a homage to Claude Lelouch after whom he named it. It has all the classic features such as the side pocket in which one can slip the screenplay, the director’s name embroidered with gold thread in the back and the same overstitching as the inside finish of a Ford Mustang.

Comfortably sat, life passes by before our eyes as if one had just given the “Action” signal also suggested in letraset on the great light board facing the staircase leading to the projection room, fitness center and meeting rooms.

A Star for each floor

The sixth floor is dedicated to “L’As des As” (the Aces’ Ace), Jean-Paul Belmondo (4 & 8), overlooking the whole city of Paris the same way the actor did with the French box-office. Emblematic and unforgettable pictures of films he was in immediately transport the visitor into the atmosphere of Jean-Luc Godard’s A Bout de Souffle (Breathless), Claude Lelouch’s Itinéraire d’un Enfant Gâté or Henri Verneuil’s A Monkey in Winter (Un Singe en Hiver).

Below is the Claude Lelouch area (5 & 9) with numerous subtle references to the director’s world. A large backlit board displays authentic pieces of celluloid film from the director’s feature films right above the bedhead for Technicolor dreams.  The most legendary sequences of films such as Un Homme et Une Femme (A Man and A Woman), L’Aventure C’est l’Aventure or La Bonne Année (Happy New Year) with Lino Ventura and Françoise Fabian decorate the entire wall.

As for Daniele Thompson (6 & 10), she chose the rather vivid and bright colours of lightwood. Known for her generosity, she offers a warm and luminous atmosphere in her “quarters”. In the bedrooms, one can either find a patchwork of photographs or large pictures of scenes from her most famous films. There are also personal comments of hers about her father Gerard Oury, her friend Sydney Pollack and other cinema legends. The high-end and soft fabrics underline the feminine elegance of the setting, so does the herringbone parquet flooring made with whitened ash wood or the velvet cushions and bedspreads.

The design furniture is both recreational and colourful with – as its centrepiece – an office table with its top filled with pink fuchsia pigments as a tribute to Klein. The chairs come from Daniele Thompson’s latest feature film.

For the part of the hotel dedicated to Agnes Jaoui and Jean-Pierre Bacri, Philippe Maidenberg has worked on numerous documents and conversations with Agnes Jaoui in order to imagine the area he would design after them. The bed looks as if it is being set in motion by the pictures covering the wall: photographs, handwritten notes on a story-board, drawings that put us right in the middle of the duo’s creativity. The red and gold curtains are a reference to the theatre, the large presence of wood, parquet, the kilim carpet and warm colours of the bedrooms are here to remind us of a stage. Philippe Maidenberg also made small allusions to Jaoui and Bacri’s films by displaying unlikely ties or a moustache, framed as if they were paintings, referring to Jean-Pierre Bacri’s character in the very popular film Le Goût des Autres (The Taste of Others).

Both dramatic and lively, Elsa Zylberstein has built her identity as an actress after having worked as a dancer. The decorator’s imagination for her was drawn towards her peculiar womanhood along with punctual personal references to her artistic work. It is like entering a quiet nest with touches of pink and grey, the two main make-up powder colours used by dancers, another key dance element in the room is the training bar on the wall.

A large bedhead with classical carvings overlooks the bedroom with – on each side – a baroque inspired chandelier and rugs made of faux fur that remind us of the more glamorous side of the cinema industry we’ve all dreamed of. Right above the office and dressing table is a Venetian mirror that reflects natural light into the room under the eyes of Gena Rowlands and John Cassavetes whose portraits were chosen by Elsa Zylberstein who is a great admirer of their work.

And finally, one of the most important and influential figures in cinema around the world: maestro Ennio Morricone who gave Philippe Maidenberg his trust to transpose his world. A meeting, conversations between the two men helped them build an environment associating music and cinema. Centrepiece of this collaboration: an original handwritten film score sent by fax as a contribution to the hotel’s conception that was reproduced in a giant format to cover the bedroom wall. Above the bed is a moulding of the maestro’s hands around a screen showing one of his concerts with headphones at disposal to escape instantly into one of these great cinema classics. On each side of the bed are snare drums with a lamp on top – the same that are used with music stands – assembled as night tables. The general design is very refined. The centrepiece is the office desk that was conceived as a black varnished upright piano with a concert stool. The velvet, the dark wooden parquet and the carpet represent a score in photonegative thus creating a quiet atmosphere, ideal for listening to some music.

The hotel is a surprising and elegant place that puts you under the spotlights as if you were a film star and will help you discover the world of amazing personalities for a night or longer.