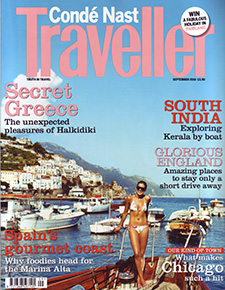 Architect Philippe Maidenberg has emerged as the hotel designer du jour, stamping his distinctive style on a number of Parisian hotels. “My parents had a travel company so the hotel environment has always fascinated me”, he says. And the adventurous designer clearly has a thing about cars, too: headlamps form a tarantula-like chandelier at Hôtel Le Six in Montparnasse; car seats line the glazed breakfast room at Hôtel Joyce, both of which opened last year. Maidenberg’s next project marks a new direction as he collaborates with musicians including singer Rickie Lee Jones and rapper MC Solaar to bring their inspirations and memories to life in the Triangle d’Or hotel, due to open at the end of the month near the Olympia concert hall.