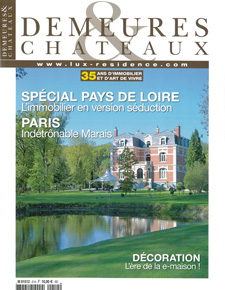 The 123 Sébastopol, a new 4-star hotel in Paris, chose a decoration style inspired by cinema.

This hotel should please the film-lovers! Inside the 123 Sébastopol, all the decoration has been thought to remind the inside of a cinema or a film set. This establishment is the work of architect Philippe Maidenberg and all the artists that have accepted to join in and give him their personal vision of their art. As a result, the 123 Sebastopol is an anthem to culture and Parisian art de vivre, thanks to an ideal location between the Opera house, the Grands Boulevards, the Sentier, the Beaubourg and Marais areas. This part of the center of Paris is historically tied to cinema, with the mythical Grand Rex cinema in its core since the thirties, and the old Sebastopol cinema, whose imposing facade marked the boulevard until 1986 before it was shut down. Located opposite the Gaîeté Lyrique theater, this new establishment wishes to create a bond between the various neighborhoods of the center of Paris. Lights!

Inside, the lobby pays tribute to cinema. To French and European cinema, to the myth of American cinemas. Just help yourself with a cup of pop corn at the machine left at the disposal of visitors and the visit can start! The glass roof has been designed like a film set. Mostly lighted by natural light and reflected by mirror tables whose legs are the ones of an adjustable camera leg, the bar is decorated with furniture and objects that remind a film set or a cinema. The ‘The Director’ armchair, designed by Philippe Maidenberg in tribute to Claude Lelouch is manufactured and sold by Silvera. It takes after the film directors’ armchair style, with a pocket to leave a script in, the name of the director embroidered on the back with golden thread, and the topstitching reminds the interior of a Mustang. Comfortably seating, one gazes at the life set in motion as if someone had just shouted “Action!”… as suggested by a large illuminated sign.