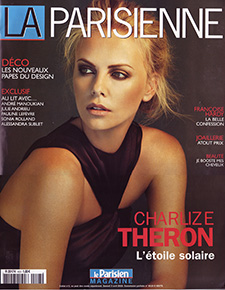 BIG CHILD. The latest hotel everyone is talking about in Paris, the Joyce Hotel: that’s him. Le Six in the 6th arrondissement: him again. The next hotel to be built in the Parisian “Gold Triangle” with music as its theme and concept will also be designed by Philippe Maidenberg. And on top of that he creates furniture…

He is a designer, he builds hotels, he creates furniture  – among which beautiful office desks he will deliver you for 450 € a piece – and he is an architect. His mother once suggested he became one: “Why not? Nothing wrong with becoming an architect!” His older brother chose photography and he chose to have a bit of fun. He wandered into the world of design without suffering the pressure of any diktat and now works on hotel projects with an almost juvenile perspective that can help conceive absolute treasures such as the Joyce Hotel in the 9th arrondissement.

It took a long time to do the building, fourteen months of both complicated and exciting work for the hotel’s owners he knows well and who had been following him for some time. Philippe Maidenberg is passionate about everything: music, design, fabrics, bedheads have no secret for him and of course the stage. It is something to see him talk about his latest conversation with Riche Lee Jones for his next Parisian project, close to the famous Olympia Concert Hall, where a musical artist will inspire each room.  He thinks the project over, turns every idea upside down in his head, talks about his life as an architect with a constant and delicate smile on his face. He is very straightforward and talks about the “Parigot” (typical Parisian) side of his personality, with a Russian and Polish father and a Turkish mother. His grandparents were in Israel and he has childhood memories from these times that mean a lot to him.  “When I’d go to the beach, my cousins would go to the army”, those were strong visions that built his convictions as well as his destiny.

Everybody in his line of work agrees on saying that his greatest strength is his loyalty to the people he works with. They are mostly the same from one project to another, thus offering a genuine guarantee to his clients. There is no “army” in his head office but only four people who help him with his projects as he has more and more of them. Philippe Maidenberg is very much in demand because he is audacious where some designers are enclosed in more repetitive schemes and would never try anything different. Or wouldn’t anymore. He doesn’t bother with those kinds of questions. He feels the need to put himself entirely into a project like he does when he designs furniture. The office desks he created have a strong visual design also showing a playful approach.

It even gets a bit crazy sometimes. He can mix up, add up, work up the lamps, his seats are very amusing and his leather chairs “Flower Leather” seem to play with time. He does a few houses every now and then but it’s not a “quest” of his. “What I prefer in the end are the common areas of a hotel. That’s where the fun is. There is no limit. Apart from the budget of course. In the bedrooms, people are meant to sleep in them so it’s more restricted.” Let’s be honest, he had a pretty good time working on the Joyce Hotel because he followed every step of the construction with much precision but also a sense of improvisation “because you discover a place differently time after time”. Just like him…

His best achievement in our opinion is the Joyce Hotel in the Pigalle area of Paris. He manages to fit his creativity into busy areas, into the common quarters of hotels and tries to keep things surprising by mixing up his choices in furniture. And when it seems that all the elements can’t fit together… well they do.