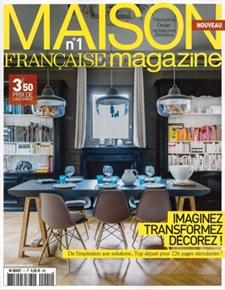 The Taste of others

Philippe Maidenberg headed the refurbishment, architecture and interior design of the 123 Sébastopol****, a true anthem to cinema. At every floor, one can find beautiful tricks to seize. Action!

Not far from the Gaîté Lyrique concert hall, the rue Montorgueil and the Marais area, the 123 Sébastopol barely open its doors but it already has its aficionados. Only the outside signs and the 20-seat private cinema room remain to be done before the hotel is finished. Each of the six floors is dedicated to a leading figure of the cinema world. In the credits: Elsa Zylberstein, Danièle Thompson, Claude Lelouch, Ennio Morricone, Jean-Paul Belmondo and the Agnès Jaoui and Jean-Pierre Bacri couple.

All of them more or less committed, their own way. Jean-Pierre Bacri gave his consent but let Agnès Jaoui handle the project. Some gave rolls of films, decoration items, film scripts, pictures taken on film sets that have then been enlarged to become wallpapers. Others greatly participated in the choice of colors, patterns, furniture…

Soon, the hotel architect and designer Philippe Maidenberg will start a project dear to his heart, a new hotel with music as a main theme (the first of its kind was the Triangle d’Or, completed in 2011),  rue Sainte-Anne in Paris. He hopes that Peter Gabriel, Youssou N’Dour, Sting, Iggy Pop, Izia Higelin and Kate Bush will join the project.